CST
Industry News
Source:Kitco
It is that time of year, when the Federal Reserve’s Chairwoman Janet Yellen provides testimony to both the Congress and Senate.

It is that time of year, when the Federal Reserve’s Chairwoman Janet Yellen provides testimony to both the Congress and Senate. This semiannual monetary policy report began yesterday with testimony given to the congressional financial services committee. It was followed by testimony today before the Senate Banking Committee.

Today’s hearing was composed of the same prepared remarks Janet Yellen gave to the house financial services committee yesterday, in which she reaffirmed the Central Bank’s policy to continue its process of normalizing interest rates. She said that the Fed continues to foresee the implementation of gradual interest rate hikes in the coming years. In her testimony, she also mentioned that the Federal Reserve is likely to start shrinking its $4.5 trillion portfolio “relatively soon” this year. 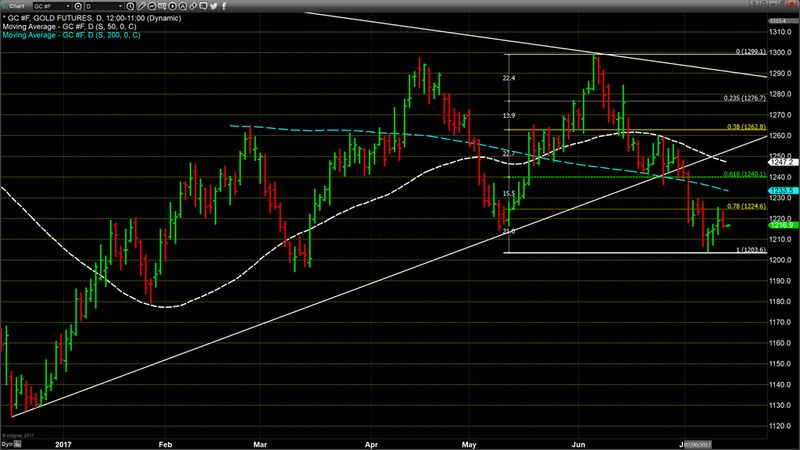 During her testimony, Janet Yellen was asked why the central banks remain committed to normalizing policy, even as price and wage pressures remain subdued. Her answer again confirmed that current Federal Reserve policies are not etched in stone and as always will continue to be data dependent.

"Monetary policy is not on a pre-set course…We're watching it very closely and stand ready to adjust our policy if it appears that the inflation undershoot will be persistent."

This comment was an agreement Tuesday’s comments made by Lael Brainard, a member of the US Federal Reserve’s Board of Governors, who said that the Federal Reserve likely will act “soon” to begin running off its $4.5 trillion bond portfolio if the economy cooperates. However, her statements about future interest rate hikes contained a much more dovish tone saying that “the Fed may not have much more to do in terms of interest rate hikes.”

After nine years of interest rates that were close to zero, the Federal Reserve has begun to raise interest rates gradually. Currently, its benchmark funds rate is at 1 to 1¼ percent. According to the CME’s FedWatch, tool market participants believe there is about a 52% chance that there will be another interest rate hike this year.

While earlier statements from past FOMC meetings revealed a more hawkish tone in regard to Federal Reserve policies than previously believed, comments made by Chairwoman Yellen over the last two days seem to have softened the hawkish word track and replaced it with a softer more dovish tone.

As such, we have seen U.S. equities and precious metals pricing reacting favorably, at least for the first part of the week. Today, however, this softening of policy seems to have favored risk on investments sector and, as a net result, put fractional pressure on both gold and silver pricing.

‘Plenty Of Reasons To Keep Gold In Your Portfolio’ - TD Securities
Gold will test the next key level of $1,300 if the Federal Reserve “remains cautious” at its upcoming June meeting, TD Securities said in a report.

Is $1,300 Gold a Viable Target?
Metals spiked to the target we suggested a mere five trading days ago and gold sits at a crucial pivot of $1,278, which if breached on a close basis suggests $1,300 is a viable next target.

Comey’s Testimony Could Be Good For Gold – Gero
Renewed political turmoil could be positive for gold next week as investors wait to hear what former FBI chairman James Comey has to say in front of the Senate Intelligence Committee.

Gold may advance to above $1,300 an ounce in June
The gold market is headed for its second neutral monthly close since December, but one firm sees potential for the yellow metal despite a looming U.S. interest-rate hike.