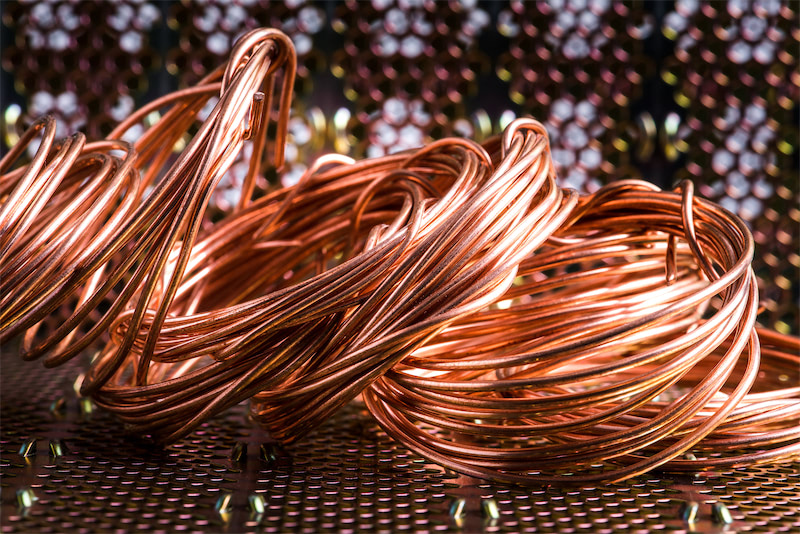 The average operating rate of copper wire and cable producers stood at 80.73% in July.

The operating rates of copper wire and cable companies rebounded as expected in July, but the increase exceeded the expectations. In the mid-to-late July, thanks to the accelerated investment in downstream infrastructure projects, the leading enterprises received a growing number of new orders, and the orders of some enterprises even increased by more than 30% month-on-month. It is well-known that the delivery to State Grid is concentrated in July. With the rebound of copper prices, State Grid's medium and high voltage cable orders were released slightly. The number of the orders improved month-on-month but still shrunk year-on-year. July-August is the peak season for home improvement industry, which facilitated the cooper consumption to improve marginally month-on-month, but the overall real estate market still weighed on the copper consumption. In the second half of the year, the construction of "Great Wind and Solar Base" is speeding up. The operating rate of the base in the first phase with a capacity of 97.05GW has reached more than 90%, and the construction work of the second phase has also started with a capacity of more than 450GW, which will boost the demand for copper wire and cable.

The raw material inventory/output ratio slid 1.66 percentage points. On the whole, the copper prices fluctuated significantly, falling first and then rising again. As a result, most companies stayed cautious to control the inventory of raw materials and thus purchased on demand. The finished product inventory/output ratio declined 3.24 percentage points. It was because finished products inventories of some enterprises were released slightly thanks to rebounding copper prices and increasing new orders.

SMM expects the operating rates to continue to climb in August and reach the level of the same period last year. From January to July this year, State Grid completed an investment of 236.4 billion yuan, a year-on-year increase of 19%. It will set a monthly investment peak from June to July, which will bring increase to the orders in urban and rural power grid transformation, infrastructure projects, and new energy-related network distribution. The investment in power supply maintains a rapid growth, and the wind and solar base is expected to continue to advance. In the first half of the year, the installed capacity of wind power ports fell short of expectation due to the impact of the pandemic and season factors. However, the wind power bidding volume in the first half of the year was resilient at about 50GW, and the annual goal is to reach 100GW. Therefore, the second half of the year is expected to usher in the peak of installed capacity. However, SMM believes that the growth in the average operating rate of copper wire and cable producers will be limited. Although State Grid plans to invest more than 500 billion yuan this year, the investment is aimed at UHV and clean energy fields. The former has a limited demand for copper, and the copper consumption only accounts for a small amount in clean energy sector, which means that the investment can hardly fuel copper consumption.