The social and total HRC inventories both dropped more quickly this week, while in-plant inventory rose slightly. From the supply side, the output in east China picked up slightly, and south China also saw ramped up production amid loosening power rationing and end of maintenance. Only the output in north China dropped from a week ago. And in terms of demand, the market was in panic amid wild volatility of prices, and the traders in some regions rushed to sell off, especially east China. As such, the HRC inventory kept falling.

The social HRC inventory declined at a faster pace this week, and the declines were mainly contributed by east China. The traders in Shanghai and Zhangjiagang lowered their offers to promote the sales, and the terminal sector also purchased more goods when the spot market saw wild fluctuations in prices. The social inventory in north, central and south-west China maintained normal speed of consuming goods. The inventory in south China rose slightly as the transaction in the region has been poor. In general, the social inventory continued to decline. 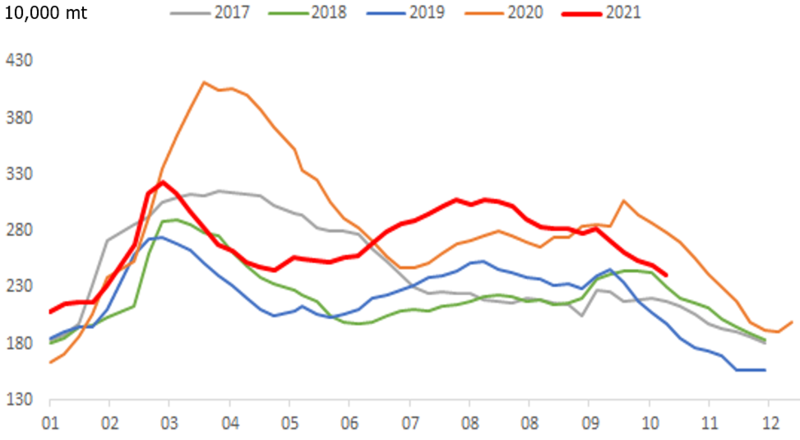 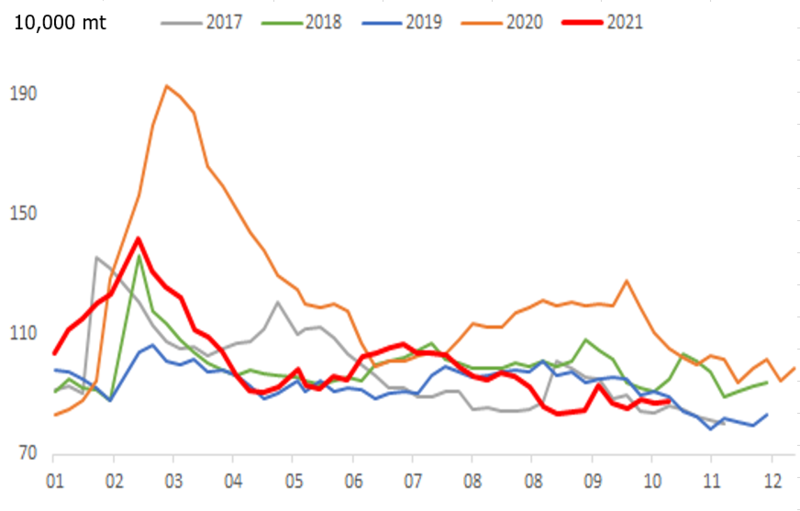 The apparent consumption of HRC was still on the rise, while the supply and demand were both weak. The near-term HRC inventory is likely to sustain the downward trend should there be no palpable increase in supply.