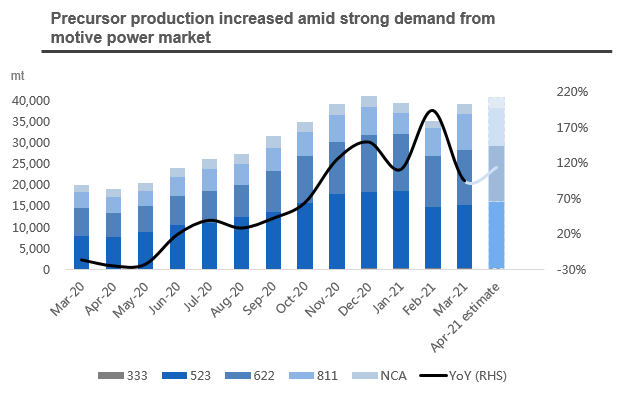 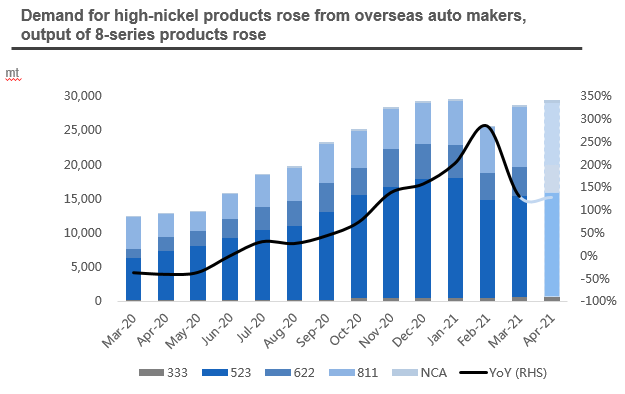 Increased high-nickel precursor output limited decline in precursor production
Precursor production in February was 35,000 mt, down 10.8% month on month. Some small producers closed for 7-12 days for CNY and a few producers reduced output, while others basically maintained stable operating rates.

All
MOST POPULAR
1.Exclusive: China's Metals Output in September
2.Cobalt and Lithium Prices to Remain in Upward Trend【SMM post-holiday review】
3.Nearly 99% of Domestic Cobalt Resources Rely on Imports
4.China Launched A Joint Venture Project of 50,000 mt of Lithium Hydroxide and 10,000 mt of Lithium Carbonate in Indonesia
5.State Council: To Appropriately Increase the Proportion of NEVs by 2025
Shanghai Metals Market
Privacy PolicyCompliance CentreSMM Credit ServiceContact UsAbout UsTerms & ConditionsSitemap
Notice: By accessing this site you agree that you will not copy or reproduce any part of its contents (including, but not limited to, single prices, graphs or news content) in any form or for any purpose whatsoever without the prior written consent of the publisher.