SMM4 20: today's international oil market fell again, hitting a new low. Domestic crude oil futures are also under pressure. In intraday trading, the main 06 contract for crude oil fell nearly 7 per cent to 234.2 yuan per barrel. Although it has since rebounded, it is still at a low level of nearly a month. Us crude oil futures for May are down 15.3 per cent to $15.48 a barrel. At one point in the morning, it fell 21 per cent to a low of $14.47, the lowest since March 1999. 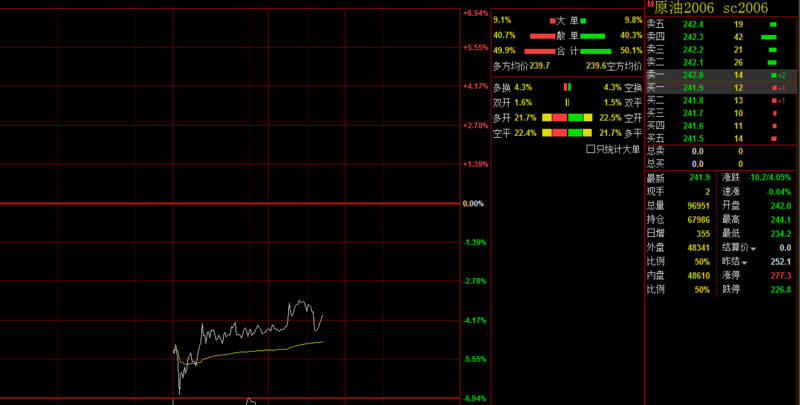 Earlier, SMM released on Friday [SMM analysis] internal and external oil market differentiation of the last period of crude oil fell more than 8% close to the limit! In a paper, it has been said that the domestic GDP fell sharply, superimposed supply skyrocketed and suppressed the operation of oil prices, the listing of early LPG futures options boosted the previous period of crude oil, and the Middle East oil-producing countries reduced the official price of Iran light crude oil in May in the Asian market. Although the OPEC+ has reached an agreement, there is still no incentive for a sharp rise in oil prices in the short term.

The international oil market has been under pressure, affected by numerous crude oil consumption reports and negative expectations issued by the Organization of Petroleum Exporting countries (OPEC) (OPEC) and the International Energy Agency (IEA). In the short term, the global epidemic is still not improving, consumer demand will not suddenly increase, and there is still no clear upward momentum in oil prices. But in the long run, there is still plenty of room for oil prices to rise. At the end of the epidemic, activities such as industrial production and transportation resumed, and once oil storage reached its limit, producers had to cut production. A reduction in supply is also good for the oil market.