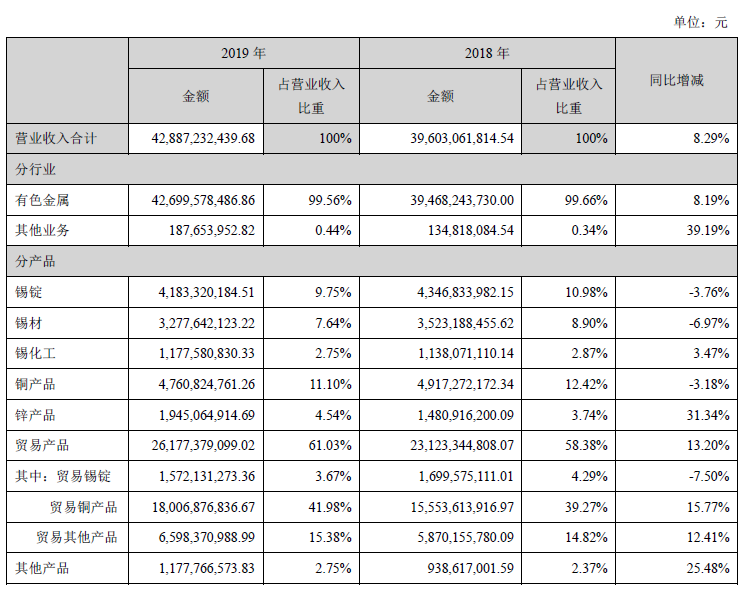 Industry, product or region that accounts for more than 10% of the company's operating income or profit 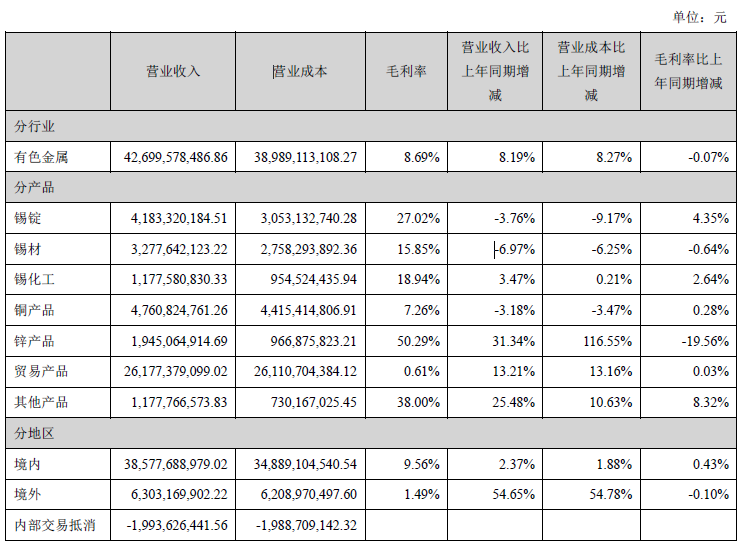 Summary of production capacity and reserves 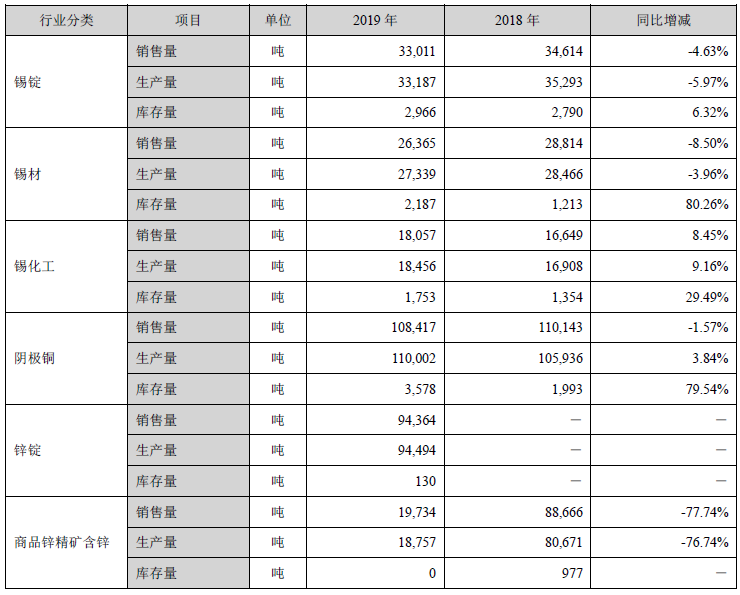 The main reason for the increase in inventory of tin, tin chemical and cathode copper products in 2019 is that the production and marketing rate of this part of products decreased in 2019 compared with the same period last year. During the reporting period, with the commissioning of the annual production of 100000 tons of zinc and 60 tons of indium smelting project, the zinc concentrate produced by Hualian Zinc Indium Company not only meets the production needs of Wenshan Zinc Indium Company, but also carries on the market sale. 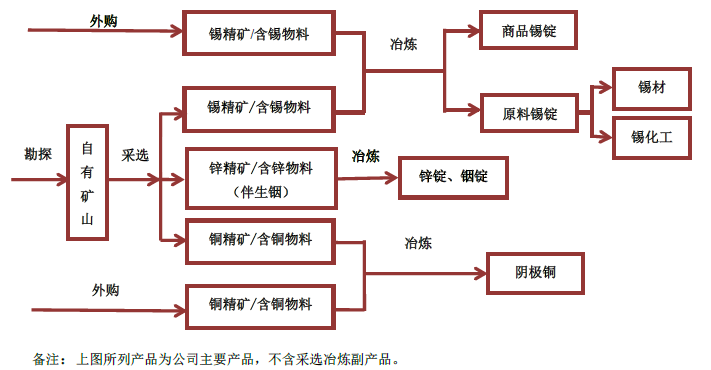 The Prospect of the Future Development of the Company

At present, with the slowdown of global economic growth and the intensification of trade protectionism and friction risks, the company's tin, copper and zinc industry is facing new risks and challenges. In the short term, affected by the outbreak of the global new crown epidemic, market economic activities have shrunk seriously, but in the later stage, as the epidemic gradually receded, global market economic activities tended to be normal, coupled with quantitative easing policies and large-scale fiscal stimulus policies in major economies, the demand for tin, copper and zinc market will rise steadily, and industrial development opportunities and challenges will co-exist, mainly showing the following development trends:

2. With the continuous advance of the national supply-side structural reform, the legal system of environmental protection is more stringent, the requirements of green development are higher and higher, the optimization and reorganization of industries is gradually increased, and the degree of industrial concentration will be significantly improved. the factors of production will be further concentrated to large mining groups and companies, forming a new pattern in which large mining companies dominate the development of industries and improve the efficiency of resource utilization.

3. The market demand of the company's tin products is stable, and the application prospect is broad. Although the demand has declined slightly due to the influence of trade frictions and the global new crown epidemic situation in the short term, the output of upstream mines and mid-stream smelters has shrunk even more, which has formed a strong support for the tin market price. In the future, the supply in the upper and middle reaches of tin city will continue to be tight. With the rapid development of electronic products, semiconductor equipment, 5G smart phones and other advanced equipment manufacturing industry and the development of new application fields, downstream consumption will continue to grow steadily, and the medium-and long-term development of tin city will be positive.

4. The company's copper and zinc product market has been suppressed for a short time, but with the easing of trade tensions and the gradual dissipation of the new crown epidemic, the cyclical decline of non-ferrous metals has ended. Under the incentive of global quantitative easing and fiscal stimulus, including the structural adjustment, transformation and upgrading of the copper and zinc industry, improve the comprehensive recovery and utilization level of resources, take the road of high-quality development, the copper and zinc market will recover steadily in the future.

5. With the continuous progress of the national "Belt and Road" strategy, Yunnan Province is in the strategic location advantage of opening wider to South and Southeast Asia, the pace of going out has been further accelerated, and the space for international development has been further enhanced.

6. The promotion of the national "made in China 2025" and new infrastructure plan will further enhance the large-scale application of advanced equipment, manufacturing, artificial intelligence, big data, cloud computing, 5G network and application, the Internet of things and other technologies. The company's main product tin, copper and zinc will usher in the growth of demand, but also will enhance the level of production, operation and management services and operational efficiency.