The total national stock of threads this week was 17.4194 million tons, a month-on-month increase of-6.1%, an increase of 81.6% over the same period of last year's Gregorian calendar. With the increase of personnel arrival rate, the construction sites in each market have basically resumed normal operation, and the demand for terminal procurement has been continuously released, resulting in a month-on-month decline in inventory by 1.1 percentage points. But it is worth noting that inventories are still high, 81.9 per cent higher than last year, and year-on-year growth is still expanding, huge inventories remain an obstacle to a stable rise in prices.

Note: due to the epidemic since 2020, due to the different opening time of the market, there is a certain error in the actual average spot price; from this week, the time dimension has been adjusted to the date of the Gregorian calendar.

The decline of social inventory continued to accelerate this week, slightly exceeding market expectations, mainly due to the fact that a large number of reworking terminal sites have entered a more stable stage of picking up goods, and the volume digested by the terminal has continued to grow, and has become increasingly stable, raising the lower limit of trading volume. In addition, the centralized release of replenishment demand before and after Ching Ming Festival short holiday has also contributed to the reduction of storage. Year-on-year inventories are still expanding, indicating that inventory levels are still high. 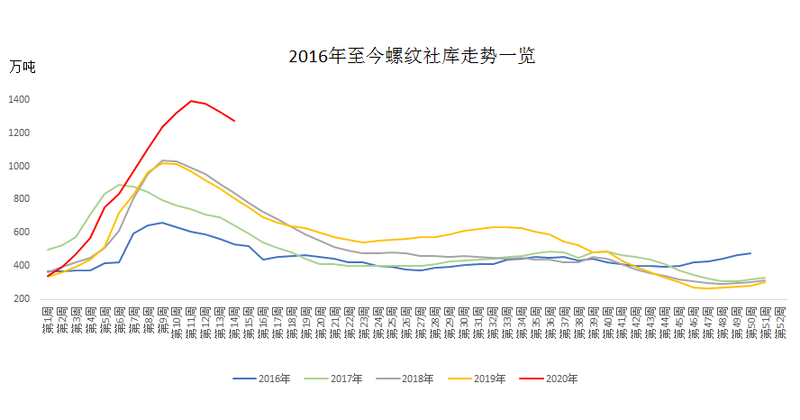 Although the terminal orders are better, the output of steel mills has increased, resulting in the decline of the factory warehouse is less than that of the social library. This week, with the overall national output of the long process steel plant basically stable, the output of the short process steel plant has continued to grow, and the recent decline in scrap prices has been fierce. Taking the scrap price in Changzhou as an example, it has dropped 210 yuan / ton since the festival. The difficulty of scrap procurement in electric furnace plants has been reduced, and the cost has been reduced, which has supported the start and increase of electric furnace plants.

Figure 2: trend of Thread Factory Library from 2016 to present 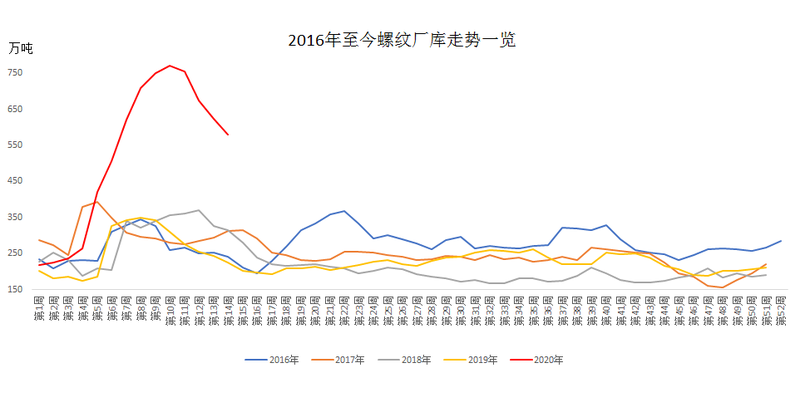 In the later stage, the traditional "gold 3 silver 4" or this year delayed to "gold 4 silver 5", the current demand has been in the stable release stage, so it is expected that the late thread inventory will continue to decline. Among them, although the production space of the short process steel plant has been gradually reduced in the short term, it is still an important marginal increment of supply, and the willingness of the long process steel plant to actively reduce production is not strong, it is expected that the speed reduction of the plant warehouse may be difficult to expand obviously in the short term.