SMM4 month 10: the opening of the three major indices varied, after the opening of the index quickly weakened, and then began to pick up, Prev, Shenzhen Composite Index strong turn red, on the disk, titanium bai powder plate active. Near the end of the morning, the index weakened again, the index fell more than 1.5%, the RCS plate continued to open. Overall, technology stocks collectively weakened, the two cities stocks fell. In the afternoon, the two cities maintained a unilateral downward trend, the index fell more than 2%, the Prev index fell more than 1%, on the market, the plate stocks fell, technology stocks fell back, the overall market atmosphere was cold, and the money-making effect was poor. 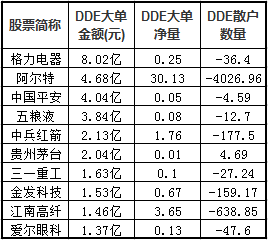 [for the first time, the central government has made clear with important documents: perfecting the basic system of the stock market and guiding cash dividends to look at the top ten key points.]

[Ying Yong, secretary of the Hubei Provincial CPC Committee: relevant central and state ministries and commissions will issue a package of special support policies to support Hubei's recovery after the epidemic]

On the 9th, Hubei Province held a meeting of the leading Group on promoting the Development of the Private economy and a forum on private enterprises throughout the province to listen to the opinions and suggestions of private entrepreneurs on epidemic prevention and control and recovery after the epidemic, and study and promote the development of the private economy and private enterprises. Ying Yong, secretary of the Hubei Provincial CPC Committee, pointed out that the development of private enterprises in Hubei Province is facing difficulties and challenges for the time being, but at the same time, it should also be noted that the development of the private economy is facing favorable opportunities for the "convergence of the three phases." The first is the period of consolidation of the achievements of the war "epidemic"; the second is the period of sustained release of kinetic energy; and the third is the window period of policy opportunities. Relevant central and state ministries and commissions will issue a package of special support policies to support the recovery of Hubei after the epidemic.

[Ministry of Commerce: reducing the cost of domestic sales of Enterprises and expanding the pilot Project of selective Taxation on domestic sales]

Ren Hongbin, assistant minister of commerce, said that in conjunction with relevant departments, he put forward policy measures to stabilize the current development of processing trade from four aspects: first, to reduce the cost of domestic sales of enterprises. When processing trade bonded materials or manufactured goods enter the domestic market for sale, import tax shall be levied in accordance with the regulations, but the interest on deferred tax shall be temporarily exempted until the end of the year. Second, we will expand the pilot project for selective taxation of domestic sales. The pilot project in which domestic sales of processing trade enterprises choose to pay tariffs according to imported materials or finished products will be extended to all comprehensive bonded areas and the actual tax will be reduced. Third, optimize the structure of processing trade. We will speed up the revision of the catalogue of industries that encourage foreign investment, promote the high-quality development of the manufacturing industry, and enhance the ability of the central and western regions and the northeast to undertake industrial transfer. Fourth, expand the scope of access to commodities. Some of the products that are in line with the industrial development policy and no longer belong to "two high and one capital" shall be removed from the prohibited category of processing trade.

Galaxy Securities: yesterday A shares shock consolidation, transaction volume remained low. Recently, the peripheral stock market has continued to rebound, which has played a supporting role in the A-share market. It should be noted that the adjustment pressure faced by the peripheral stock market is gradually accumulating, and the number of new cases remains high after the growth rate of the overseas epidemic is controlled. The spread of the overseas epidemic seems to have a normal trend, which may have a phased impact on the A-share market. At present, the signal of China's policy is clear, the economy is gradually resuming production, and in the low position of the market, we are still optimistic about the medium-and long-term position-building opportunities brought about by the pullback of shocks in the

For investors with lighter positions, they can buy varieties with "higher margin of safety" on the low side, overcome the psychology of excessive panic, and participate in the rebound; for institutional investors with heavy positions and high requirements for risk control, it is necessary to guard against the risk of being caught off guard by the epidemic situation exceeding expectations and performance exceeding expectations. When the uncertainty of the epidemic is high, controlling the position is the best policy.

CICC said that the market as a whole was at the bottoming stage, and given that market valuations were already low and implied relatively pessimistic expectations, there was relatively plenty of room for domestic policy and should not be overly pessimistic about the market outlook. It is suggested that we should pay attention to the policy-sensitive domestic demand plate and continue to pay attention to the four major directions (low valuation, pure domestic demand, high quality, high dividend, etc.).

Everbright Securities said that the valuation of A shares is relatively reasonable, the proposed value of long-term investment funds to buy, for short-term investors, is also expected to usher in the right allocation opportunity. The specific allocation pays attention to four main lines: first, investment and automobile are relatively reliable hands for steady growth, and it is suggested that attention should be paid to the areas of pure domestic demand, such as new and old infrastructure, cars and real estate; second, if there is shock in the second quarter of the European and American economies, from the perspective of supply chain, pay attention to the possibility of filling vacancies in the fields of automobile and other transportation equipment, chemical and chemical industry, medical and medical equipment, aerospace and agricultural products. Third, with the gradual end of the second half of the panic in US stocks, the consumption-oriented value stocks sold by foreign investors have the opportunity to overfall and rebound; fourth, in the shock period before all kinds of variables have been cashed, it is suggested that low-risk investors pay attention to high dividend targets.

CICC said that the market as a whole was at the bottoming stage, and given that market valuations were already low and implied relatively pessimistic expectations, there was relatively plenty of room for domestic policy and should not be overly pessimistic about the market outlook. It is suggested that we should pay attention to the policy-sensitive domestic demand plate and continue to pay attention to the four major directions (low valuation, pure domestic demand, high quality, high dividend, etc.).

Tianfeng Securities believes that it is only a matter of time before the epidemic and economic repair. For the market, a similar collapse at the end of February and mid-March is less likely, but the market has not fully digested the impact of the epidemic on fundamentals. The loss of fundamentals is not yet clear and cannot be measured. As a result, after the panic and liquidity crisis in US stocks, the market still needs to digest the fat tail risk of fundamentals in the shock.