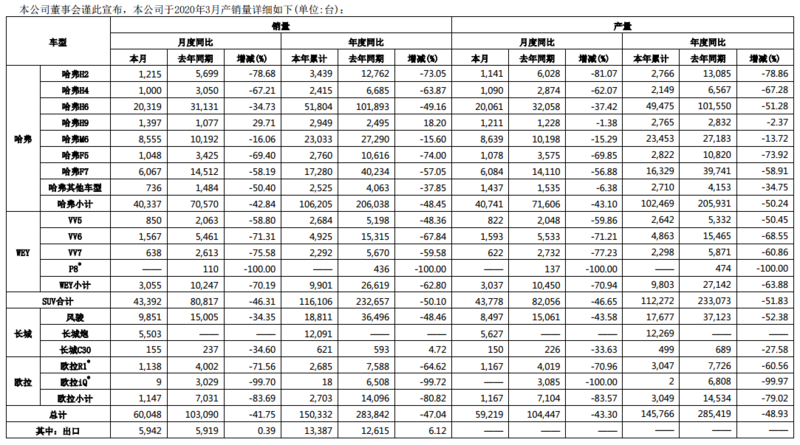 In 2019, Great Wall Automobile delivered nearly 1.06 million new cars worldwide. Under the downward pressure of the car market, it still achieved a year-on-year growth rate of 1.43%, and sold more than one million vehicles for four consecutive years. Harvard, WEY, Euler, Great Wall pickup four brands market position is further stable. Among them, the number of Great Wall pickup trucks exceeded 1.6 million, with a domestic market share of more than 35 percent.