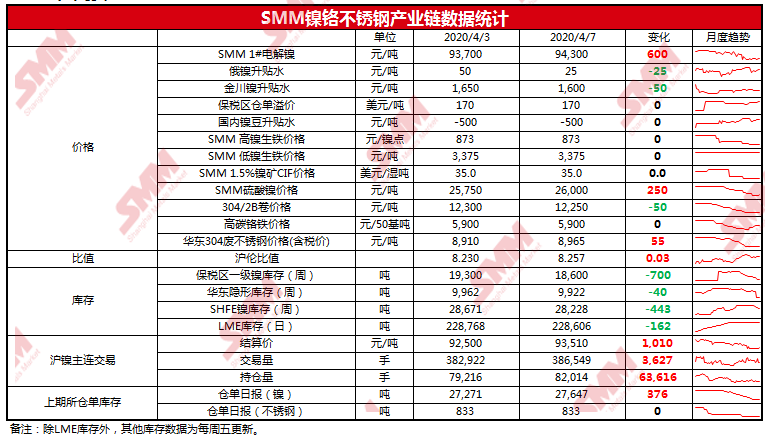 On the macro front, it is reported that the latest data show that the global cumulative total of new crown confirmed cases has exceeded 1.4 million; the US government has asked Congress for an additional $250 billion in emergency economic aid to help small US businesses hit by the new crown epidemic. Senate Republican leader Mitch McConnell pushed for passage as soon as Thursday; Us Treasury Secretary Nouchin tweeted that he had consulted with congressional leaders on the need for a second round of funding. [Lido] euro zone finance ministers want to agree on a 500 billion euro bailout plan to fund the recovery of the economy after the impact of the new epidemic. [Lido] as Prime Minister Shinzo Abe declared a state of emergency, Japan on Tuesday announced a record 108.2 trillion yen ($994 billion) stimulus package to protect the economy from the growing epidemic. The stimulus package is equivalent to 20 per cent of Japan's full-year economic output, underscoring the extent to which policymakers expect the economy to suffer. At the end of March, China's foreign exchange reserves were reported at US $3.0606 trillion, estimated at US $3.0975 trillion, and China's foreign exchange reserves decreased by US $46.085 billion at the end of March compared with the previous month. [bearish]

Nickel spot: April 7 SMM Electrolytic Nickel offer 93300-95300 yuan / ton. On Friday, the central bank announced a cut in the central bank, and nickel rose higher in the morning market. As it was the first trading day after the festival, most of the transactions in the lower reaches of the spot market took a wait-and-see attitude, and most of the transactions were between traders. Russian nickel to Shanghai nickel 2005 contract reported flat water to 50 yuan / ton, flat water supply has a small number of transactions, rising water quotation transaction is relatively weak. Jinchuan Nickel Morning Market quotation of Shanghai Nickel 2005 contract rose 1500-1700 yuan / ton, demand is also light. However, during the holiday period, Jinchuan Company has arrived in Shanghai, and the supply situation has eased; traders have replenished the goods, and the volume of goods received is fair. It is expected that in the future Jinchuan nickel rising water will follow the quotation range of the ex-factory price, holding steady at 1500-1800 yuan / ton. Nickel beans to Shanghai Nickel 2005 contract reported 500 yuan / ton, supply and demand is still weak. [neutral]

Stainless steel: on April 7, 304 cold rolling in Wuxi area was slightly reduced by 50 yuan / ton, 304 2B rough edge coil price was quoted at 12100-12400 yuan / ton, and hot rolling was stable, 304 / NO. 1 5 feet was quoted at 11800-12000 yuan / ton. The state-run 304 2B trimming volume is quoted at 13000-13400 yuan per ton. Traders said that on the first day after the festival, there were more inquiries, and some manufacturers in the morning market reduced their cold rolling quotations by 50 yuan per ton to make a profit, but hot rolling and some state-owned cold rolling quotations remained stable. Some businesses believe that demand in April may be slightly weaker than in March, and prices may still fall slightly, but there is limited room for decline. For 10:30 SHFE SS2006 contract price 12060 yuan / ton, Wuxi stainless steel spot water 210-510 yuan / ton. [bearish]

Nickel price judgment: with the weakness of stainless steel market, its raw material prices will continue to suppress, nickel pig iron production can only cause its economy relative to other nickel raw materials decline, the support for the entire nickel price is limited. Stainless steel plants are reluctant to slash production, ostensibly supporting demand for nickel, but in this consumption, which can not be transmitted to the terminal, it is actually a chronic contusion for the nickel industry. Superimposed on the negative macro environment this year, the nickel market is still unable to see signs of improvement in the short term. This week, the Shanghai nickel range is 90000-96000 yuan / ton, and Lunni 10900-11600 US dollars / ton. Today, focus on the volatility between the 5 / 10 moving average and the 20 moving average.