SMM: the euro continued its decline against the dollar on Friday, closing down for eight of the past nine trading days and falling to its lowest level of 1.0827 since May 2017. The European Commission, the EU's executive arm, said the European economy was expected to remain in the doldrums this year and warned that the outbreak could have a further impact on the economic outlook. Despite the optimism of international trade, the impact of the epidemic has plunged the world into a new crisis. The European Commission calls this a "critical downside risk".

The European economy is expected to remain in the doldrums

"while some downside risks have receded, new risks have emerged," the European Commission said in its first major economic report this year. Overall, the risk is skewed to the downside. "

In its report, the European Commission maintained its economic growth forecast for 2020 at a "restricted" level of 1.2 per cent, the same as in 2019. Inflation this year and next is 1.3 per cent and 1.4 per cent respectively, slightly higher than forecast in November, but still well below the ECB's target of less than 2 per cent.

Despite these risks, the committee said the eurozone economy remained on a "stable track". Part of the reason is that the basic assumption is that the epidemic will peak in the first quarter, with "relatively limited global reach".

Italy worries about the risk of recession

Italy's already weak growth target for 2020 may also not be met, according to a senior official.

Italian Deputy Finance Minister Antonio Misiani said in an interview on Wednesday, "the epidemic has the potential to have a significant negative impact on the global economy, Italy is no exception." It is now more complex to meet the 0.6 per cent economic growth target in the government budget. "

The outbreak comes at a difficult time for the Italian economy. In the last quarter of 2019, economic output unexpectedly shrank by 0.3%, adding to the pressure on the Conte coalition government. Ignazio Visco, governor of Italy's central bank, warned of "significant" downside risks to the country's prospects.

In fact, the country may be heading for its fourth recession in less than a decade. Italy's GDP growth this year is likely to be just 0.3 per cent, down from 0.4 per cent, according to economic forecasts released by the European Commission on Thursday, and the downside risks to the growth outlook are still clear.

Given the weak global outlook, Misiani said he did not know whether it was possible to return to growth in the first quarter of 2020, or even flat. Two consecutive quarters of contraction are usually defined as recessions.

Italian Finance Minister Roberto Gualtieri said on Thursday that "all indicators are rebounding, industrial production and GDP will rise in January," and the government is confident of the economic recovery.

Earlier, French Finance Minister Lemmel said in an interview with Radio RMC that the epidemic would have a "significant" impact on the global economy. Lemmel expects the outbreak to reduce global economic growth by 0.2 percentage points.

Philip Lane, a member of the ECB's executive board, described the low interest rate phase in the euro zone as "temporary". Monetary stimulus measures such as negative interest rates are still working, but fiscal policymakers can do more

Uncertainty about the UK-eurozone trade deal is part of the uncertainty dragging down the European economy, but the UK is "not big enough" to drive the future of the eurozone.

Philip Lane, a member of the ECB's executive board, said the central bank had always been open to the new approach, such as the policy adopted by the central bank following comments by Mr Draghi, the former ECB president, in 2012 "at all costs".

The EURUSD fell below its October 2019 low of 1.0880 on Wednesday. Analysts say this makes it easier for the euro to fall further, and concerns about the outbreak have led investors to buy U. S. assets. Compared with the euro zone, the United States is more able to withstand the impact of the epidemic on the economy. 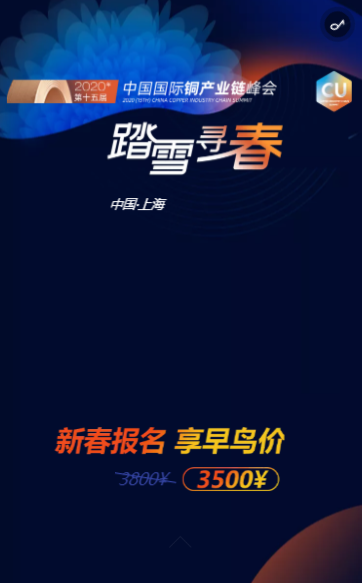 The euro
the economic downturn
For queries, please contact Frank LIU at liuxiaolei@smm.cn
For more information on how to access our research reports, please email service.en@smm.cn