CST
industry news
Source:SMM
The result came amid progress in the trade talks between Washington and Beijing

SHANGHAI, Oct 29 (SMM) – A resolution to the protracted trade dispute between the US and China is widely believed to be the biggest upside risk to commodity prices over the coming year, according to a poll on Monday October 28 local time during LME Week when the world’s metal industry gathers in London.

The result came amid progress in the trade talks between Washington and Beijing, with officials from the two sides confirming that they were “close to finalising” some parts of a trade agreement.

The US also said it was studying whether to extend tariff exclusions on $34 billion of imports from China, and those exclusions are set to expire in December.

The world’s two largest economies have been entangled in a trade war for more than 18 months, which is believed to have hurt business and economic activity worldwide. 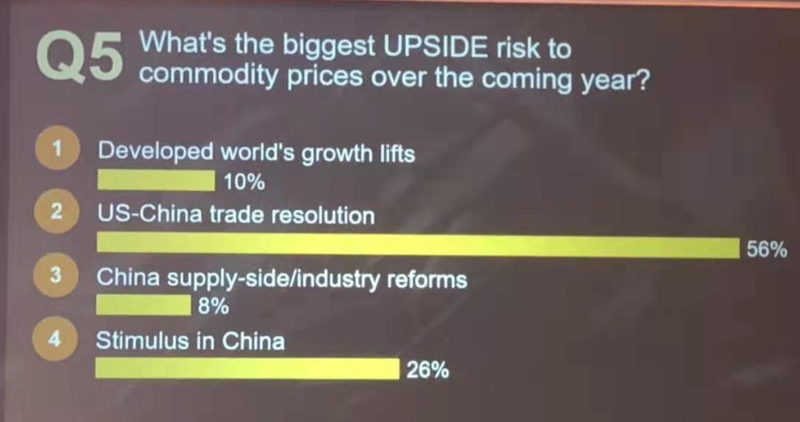