CST
translation
Source:SMM
In October, the price of electrolytic manganese steel increased slightly, and the purchase volume of some steel mills decreased slightly.

According to SMM, as of mid-October, domestic steel recruitment in October has come to an end. The overall bidding volume of electrolytic manganese in domestic steel mills has not increased or decreased significantly as a whole, and the change in procurement volume is that the bidding volume of electrolytic manganese in November has been greatly reduced by 3000 tons in overseas South Korea, but the purchase price has not been greatly adjusted. 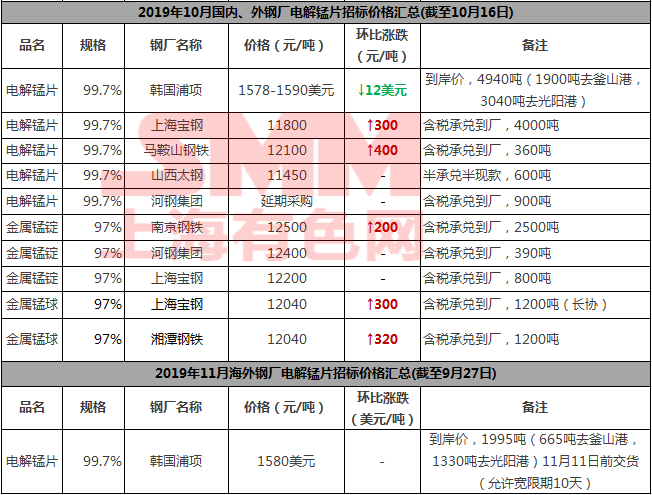