On the morning of July 16, the port of Bintan Alumina Co., Ltd., Indonesia, held its first berthing ceremony at the port wharf. Isdiando (Isdianto), director of the Economic Development Bureau of the Liao Islands, Samsu (Syamsul Bahrum), Director of the Labor Bureau of Mindan County, Indra (Indra Hidayat), Chief Executive of the Special Economic Zone, Hesfan (Hazfarizal), General Manager of Indonesia Project Hao Weisong, Director Zhang Guodeng, The cooperative unit and the person in charge of the port shall attend the berthing ceremony. 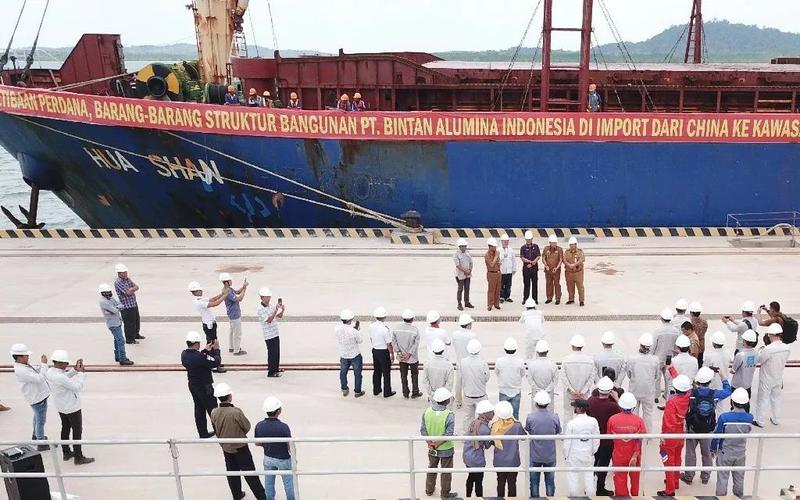 Accompanied by a whistle, loaded with alumina, power plant and other equipment, the "Huashan" smoothly docked at the wharf of Indonesia Bintan Alumina Co., Ltd. The freighter is 115m long, 20m wide and has a load of 14000 tons. It is the first large freighter to berth since the port was opened.

At the ceremony, Hao Weisong, general manager of the Indonesian project, first delivered a speech, welcoming government officials and expressing gratitude to the relevant construction units and partners for their devotion. Hesfan (Hazfarizal), chief executive of the Karangbatang Special Economic Zone, said that for the first time, such a large Chinese cargo ship docked in Bintan, which was a very meaningful moment, and the use of the port and the construction of the Nanshan Bintan Industrial Park would effectively promote the development of the local economy. 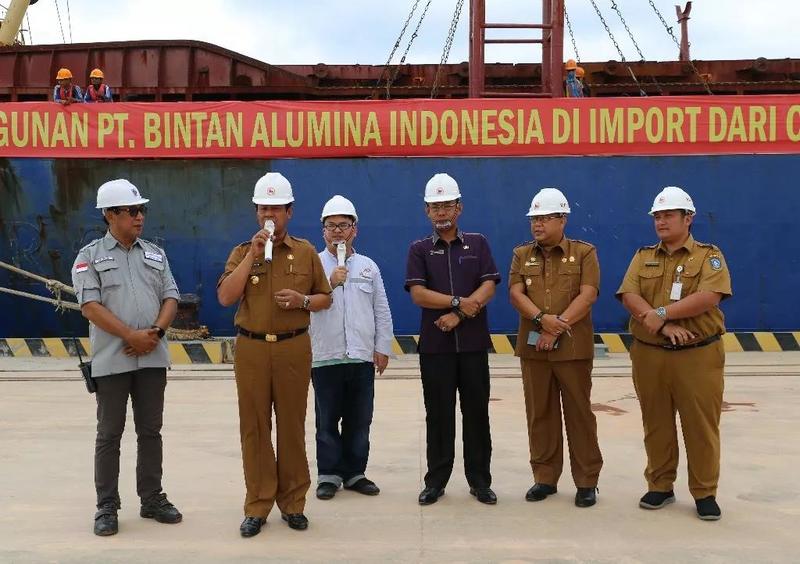 Isiando (Isdianto), governor of the Liao Islands, said that the Karambatang Special Economic Zone is the fastest growing of Indonesia's special economic zones and will certainly play an important role in promoting Indonesia's economic and social development. With the whistle of the Huashan and the salutation of the gun, the crane put the goods firmly on the truck, and the first parking ceremony was a complete success.

Subsequently, the Governor and his entourage came to the conference room of the company, listened to a briefing on the planning and construction of the project, and watched a documentary on Indonesian students studying in China. Government officials highly appreciated the practice of selecting local staff for further study in China.

Indonesia Bintan Alumina Co., Ltd. port design annual throughput of 20 million tons, equipped with long 7.68km, width 150m, water depth-13.0m special waterway and 2 × 2km special Anchorage facilities. The wharf consists of two berths of 35000 tons equipped with one 1000t/h alumina loading machine and two 37m/40t portal cranes, four berths of 10,000 tons with two 35m/25t portal cranes with buckets and six 1000t/h bridge grab ship unloaders. The navigation use of the port will not only fully ensure the construction and production of the park and other loading and unloading operations, but also play an important role in promoting the rapid development of the Karang Batang Special Economic Zone. 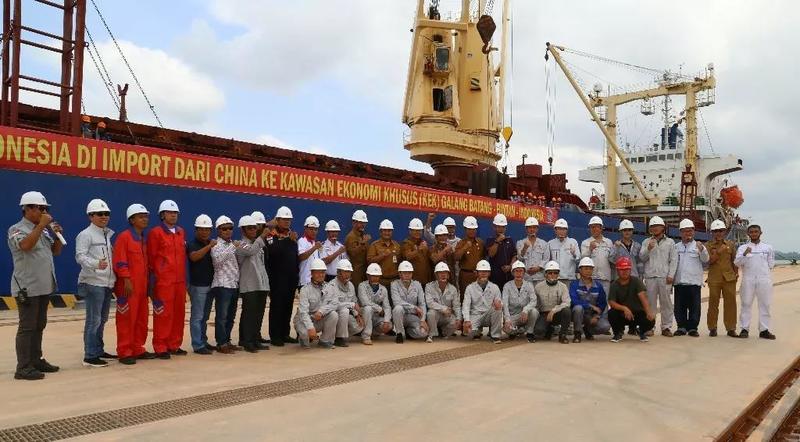