Lead stocks in Shanghai fell slightly to 30756 tons as of June 28, according to data released in the previous period. In the past six months, Shanghai lead stocks have fluctuated around the 30,000-ton barrier. 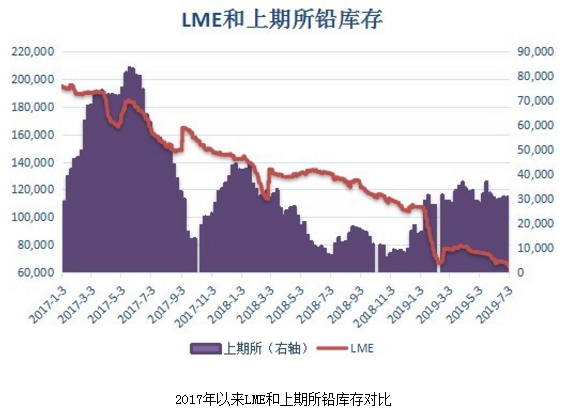 The following is the LME and previous lead inventory data since March 2019: (in tons)