SMM Network News: the mobile wearable device battery is the industry development trend, but the smaller battery, cutting equipment burr control, winding uniformity and so on also put forward higher requirements. At a time when the industry generally believes that the 7mm narrow-band cutting machine is already the "limit", recently, a lithium power giant in South Korea has designed a new type of micro battery. But the problem also followed, there is no suitable cutting machine on the market.

It is understood that before considering China's lithium equipment enterprises, the customer considered purchasing from CIS and PNT in South Korea, but both companies said there was "nothing they could do." Yakang attracted the attention of the Korean customer because it had supplied ATL with a narrow width cutting machine with excessive cutting width 7mm. 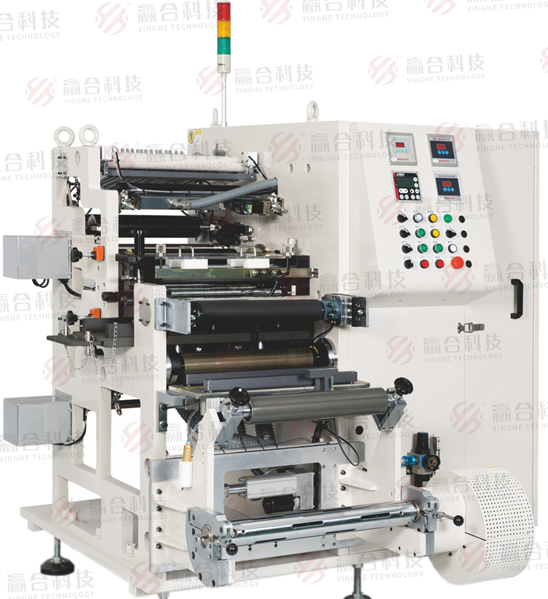 "when cutting metal electrodes, the ability to control the burr directly determines the safety performance of the battery products," a lithium battery manufacturing technician told. Mobile wearable devices generally require the smaller the battery volume, but in the case of smaller volume, energy does not reduce, the battery safety requirements are very high.

According to Yakang R & D director, the supply of South Korean customers 5mm narrow range cutting machine, vertical and horizontal burr can be controlled within 7 μ m, compared with the current industry horizontal burr of 14 μ m, to achieve an order of magnitude improvement. With the improvement of the accuracy of cutting burr, the quality and safety of the cell have been improved many times.

In addition to the innovation in improving battery safety, the innovation of 5mm narrow-band cutting machine in improving battery production efficiency and reducing cost is also an important reason why Akon has won the "favor" of Korean customers. It is reported that the 5mm narrow range cutting machine adopts the original slip shaft rewinding technology, which makes the rewinding tension more stable, makes it easier to realize the taper tension control of the rewinding, and makes the rewinding uniformity higher. In addition, compared with the current mainstream equipment in the industry, the high edge phenomenon of the winding is effectively reduced, the winding diameter of the narrow winding is larger, and the winding diameter is 50 mm higher than that of the industry, reaching φ 280mm. 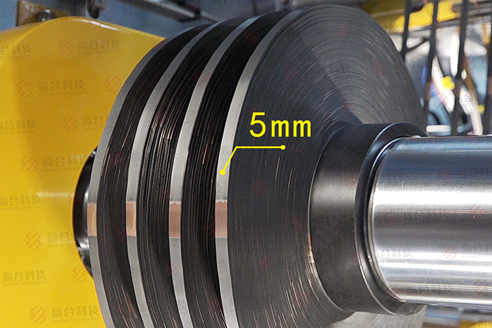 In fact, the 5mm narrow range cutting machine developed for South Korean customers is only a microcosm of Yakang's efforts to strengthen product innovation for different needs. Yakang for power batteries, digital batteries different application scenarios and customer needs, the pace of innovation has been non-stop.

In the field of power lithium electricity, according to the characteristics of power battery production, the high-speed wide-width cutting machine developed by Yakang has a rewinding diameter of 1350mm, which can dock AGV loading and unloading, reduce manual intervention and improve the level of automation; the cutting speed reaches 100m / min, the cutting efficiency is greatly improved, and the battery manufacturing cost is effectively reduced. According to win he Technology, Yakang's cutting machine stand-alone products, has entered Tesla's supply chain system, and achieved good user feedback.

At the same time, in order to improve the level of automation and intelligence of power battery production, and to meet the needs of rapid iterative upgrading of power battery, Yakang also strengthens the ability of segmented integration and whole-line integration on the basis of building high-end cutting machine single equipment to provide customers with intelligent solutions.

For digital and some power battery production lines, Yakang has also developed a multi-functional cutting machine with convenient operation. The product adopts the three-stage tension and two-stage closed-loop control tension mode independently developed by the company, which can be installed in stages and easy to operate, and can realize the switching of different battery electrode modes. At the same time, battery manufacturing enterprises can choose different cutting speeds according to their own needs, effectively reduce the equipment purchase cost of battery enterprises.

Yakang R & D director revealed that from the beginning of contact with the customer, to the equipment shipped to its factory, Yakang took less than half a year to achieve the 5mm narrow range cutting machine research and development, design and production.

The speed of product innovation is due to the large investment in R & D by the parent company. It is understood that in 2018, win science and technology invested 125 million yuan in research and development, the company's R & D technical personnel close to 125 million people, accounting for nearly 20% of the total number of employees. By the end of May 2019, 102 invention patent licenses and 305 utility model patent licenses had been won by science and technology, including the patents related to 5mm narrow-band cutting machine.

In order to improve battery quality and reduce costs, lithium battery companies are promoting the construction of intelligent chemical plants. However, the basis of intelligent manufacturing in lithium power industry is single machine automation and intelligence. In the view of Wang Weidong, chairman of win Technology, only by improving the accuracy and automation of stand-alone equipment can we achieve higher automation and intelligence in segmented integration and whole-line integration, and then have the ability to provide customers with comprehensive intelligent digital factory solutions.

Based on this judgment, win Technology began to promote the "point-to-surface" overall upward strategy from stand-alone to piecewise integration and then to whole-line integration. In 2018, win Technology released the coating roller is divided into one machine, MAX winding series, die-cutting laminated machine and other 4 brands of 6 series of high-precision single machine equipment.

Under the promotion of this strategy, win Technology has blossomed in the manufacture and market development of single lithium power equipment. For example, the independent brand of MAX winding machine launched for the high-end market has formed a "tripod" pattern with KAIDO in Japan and KOEM in South Korea. The products have won the favor of international mainstream battery enterprises such as LG Chemistry in South Korea. The winding machine has begun to supply LG chemistry, and the cooperation between the two sides is still deepening. The coating machine and laser die-cutting machine produced by Yakang have entered the supply chain of Ningde era, the leading enterprise of global power battery, and the type and share of coating machine continue to increase; die-cutting lamination machine has entered the supply chain of soft package battery enterprises such as Vernon Technology and Thornton New Energy; BYD has increased the purchase of equipment in front and middle of the company on the basis of original cooperation.

At present, the global mainstream car companies are in the transition to electrification, power battery demand is also growing rapidly. Enterprises with large production capacity and good product line structure can better meet the large-scale order delivery needs of first-line customers at home and abroad, as well as the requirements of equipment integration. Win Technology is leading the development direction of lithium power intelligent equipment by strengthening the R & D and manufacturing capability of single machine equipment before and after lithium battery manufacturing, as well as continuous innovation on the basis of "high precision" single machine equipment, and strengthening the ability of subsection integration and automation equipment integration.