Earlier this week, Lun Zinc fell sharply from around $2520 per ton, falling below the official level of $2500 per ton in intraday trading, falling rapidly. Why did the outside market fall so quickly? Can Shanghai zinc main force be supported by 20000 yuan / ton integer gate? The analysis of SMM's point of view is as follows: 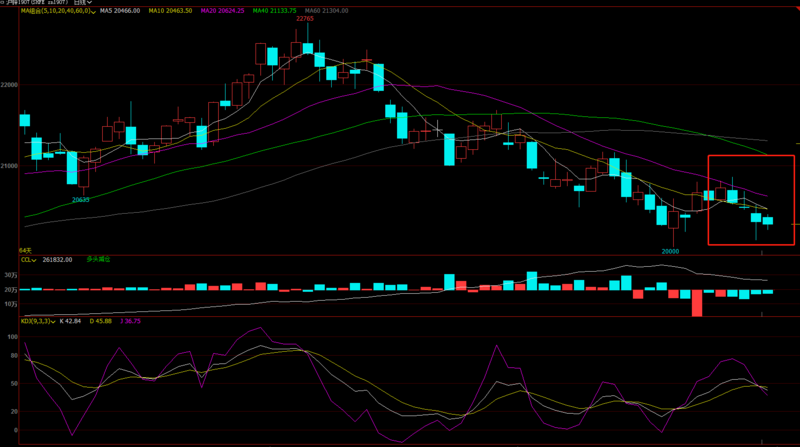 As far as macro news is concerned: the news of negative zinc prices mainly comes from the impact of macro sentiment.

First of all, in recent days, Sino-US trade frictions have not yet died down, and the United States has announced a 5% tariff increase on all Mexican goods. Market macro sentiment is pessimistic. Mexico, as a major producer of auto parts, has many parts factories and service factories of American automakers. If the decision to impose tariffs is formally implemented, then the global automobile industry, which has been laying off a large number of workers since last year, The situation will be further aggravated.

Secondly, judging from the data released this week, the PMI value of ISM in the United States is the lowest since October 2016. the manufacturing PMI data in major countries have declined to varying degrees, which basically reflects the increased downside risks of the world economy at present. Superimposed U. S. bond yields upside down, gold rose, market risk aversion sentiment increased. Most of the base metals fell to varying degrees, which also affected zinc in part.

In a speech overnight, Federal Reserve Chairman Powell hinted at the possibility of a rate cut in September and said he would take appropriate measures to maintain economic expansion. The market's pessimism about the macro-economy dissipated slightly, with U. S. stocks and basic metals boosted and zinc prices slightly higher, backfilling some of the previous day's decline.

In China, the processing fee of zinc concentrate is stable at 6200 to 6750 yuan / ton, high profit stimulates the willingness of refinery production, superimposed part of refinery maintenance ends, and resumes normal production. With the increase in the output of supply-side refineries, the subsequent market is still expected to accumulate stocks, zinc prices are obviously under pressure, and the Shanghai zinc 1907 contract quickly fell to 20000 yuan / ton gate. However, judging from the recent spot situation, the willingness to buy at bargains in the lower reaches is still strong. The trading volume in the markets of Shanghai, Guangdong, and Tianjin this week is obviously better than last week. The Dragon Boat Festival short holiday is just around the corner, and there is still a demand for replenishment on the lower reaches. It shows that domestic consumption is not completely weak. In the short term, under the situation of weakening fundamentals, consumption or give low support to zinc prices.

Abroad, LME zinc stocks recorded a small decline, while Len zinc 0 to 3 liters of water remains high, the current is still above $100 / ton, but there is still no large number of positions, inventories continue to be low. And yesterday LME zinc write-off warehouse receipt soared more than 15000 tons, short-term zinc price support.

Taking into account the factors, the Shanghai zinc main 1907 contract may still be able to support the 20, 000 level for a short time, the trend of zinc will continue to pay attention to the emotional impact of macro events. Whether the zinc price decline will continue, SMM will continue to interpret for you.