SMM News: on May 21, Bloomberg New Energy Finance (BNEF) released the "New Energy vehicle Market long-term Outlook 2019" (EVO 2019) report, predicting that by 2040, electric vehicle (EV) will dominate the new global market for passenger cars and buses. It will also account for a significant share of the market for vans and short-haul trucks. China will continue to lead the global electric vehicle market, which is expected to account for 48 per cent of global electric passenger vehicle sales in 2025.

Global ownership of electric vehicles has exceeded 5 million in 2018, and electric vehicles still account for less than 5 per cent of major car markets in China, Europe, North America and Japan, the report said.

The number of electric vehicles in the world has exceeded 5 million. 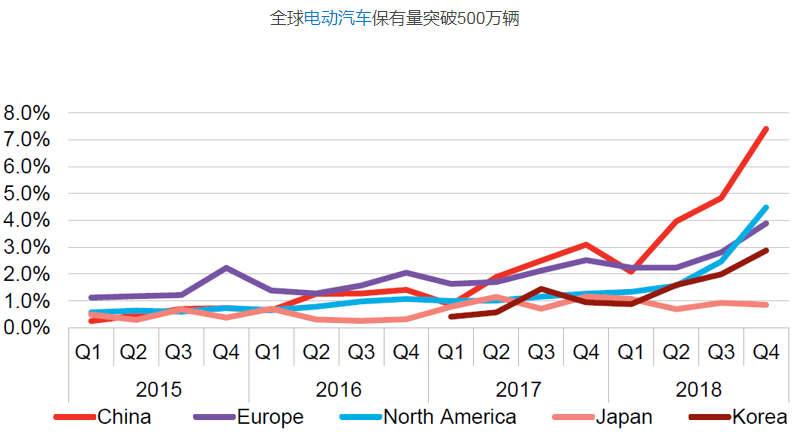 Colin McKerracher, director of advanced transport research at BNEF, said: "the prospects for fossil fuels in transport are grim. Although the process of electrification is slow because of the large number of traditional cars in the world, once electric vehicles start to power after 2020, it will become popular rapidly in many fields. Global sales of fuel passenger cars are likely to have peaked. "

China will continue to lead the global electric vehicle market. BNEF expects China to account for 48 per cent of global electric passenger car sales in 2025. By 2040, as other markets catch up quickly, the share of sales in China will fall to 26%.

China leads the electric vehicle market, and there are obvious differences in the development of different countries.

Europe will overtake the United States as the world's second largest electric vehicle market between 2020 and 2030. The development of electric vehicles in developing countries outside China is relatively slow, resulting in significant differences between countries.

At the same time, sales of conventional energy passenger cars will fall from about 85 million in 2018 to 42 million in 2040. Fuel economy regulations and China's policy support for new energy vehicles will drive the growth of the global electric vehicle market over the next five to seven years, and the economic advantages of electric vehicles will drive the market after 2025. 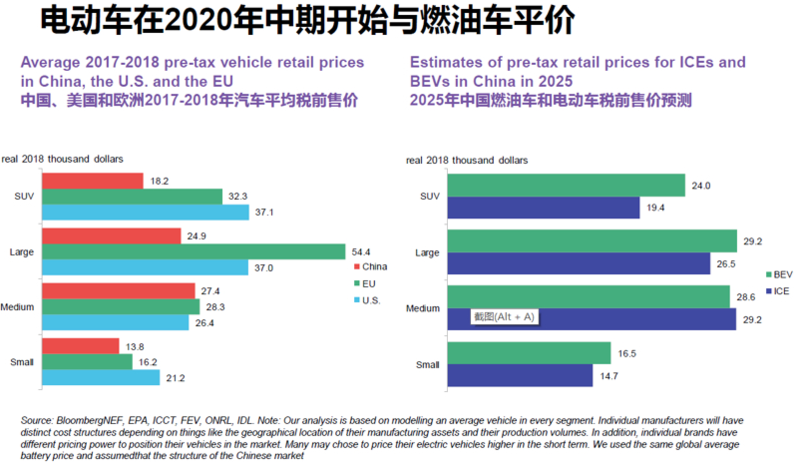 In addition, the oil, power and battery industries will all be affected by the rise of the electric vehicle industry. BNEF predicted a year ago that average fuel demand would shrink by 7.3 million barrels a day in 2040, affected by electric vehicles. Now, however, that forecast has almost doubled to an average of 13.7 million barrels a day. This change is partly due to new forecasts for the electrification of commercial vehicles, and partly to more pessimistic expectations of the efficiency of internal combustion engines this year, that is, the fuel consumption of fuel vehicles replaced by electric vehicles is higher.

Heavy trucks are the most difficult to electrify, accounting for just 19 per cent of electric vehicle sales in 2040. The electric heavy truck will be mainly used in short-distance scenes. However, traditional heavy long-distance trucks will still face competition from natural gas heavy trucks and hydrogen fuel cell heavy trucks.

BNEF believes that shared travel services, such as online car hailing and car rental, will play an increasingly important role in the growing field of transportation. Although shared travel services currently account for less than 5 per cent of global passenger mileage, that number will rise to 19 per cent by 2040.

The number of smart cars is increasing 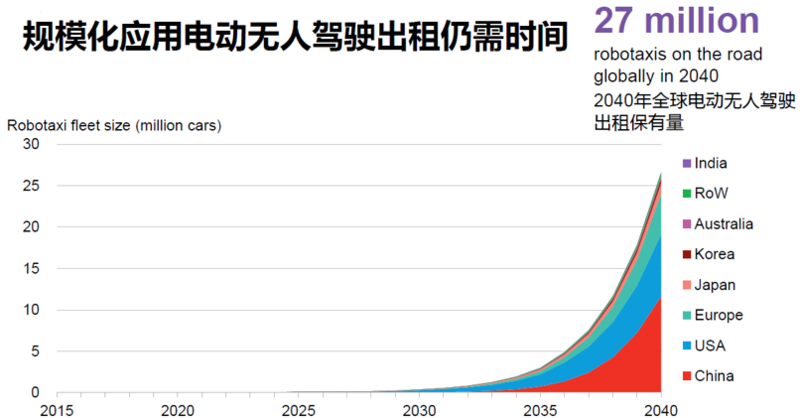 BNEF expects autopilot to have an impact on global traffic and energy patterns until around 2030. It is estimated that by 2040, the number of electric driverless taxis in the world will reach 27 million.

"the transport industry is entering a period of disruptive change, and many factors will have an impact on its development," Colin said. We have added a number of new elements to this year's report, including a new version of the electric vehicle cost model, which can more accurately reflect the cost of buying and using electric vehicles by increasing the cost analysis of household charging devices. It also includes predictions of battery chemistry for new models.

The further sharp drop in the cost of power batteries will be the main driver of electrification in the transportation field in the next two decades. By 2025 or so, the purchase and operating costs of electric cars in almost all major markets will be cheaper than the (ICE), a fuel vehicle. Since 2010, the average cost of lithium-ion batteries per kilowatt-hour has fallen by 85%, driven by economies of scale and technological advances.

BNEF expects electric vehicles to increase global electricity consumption by 6.8 per cent in 2040, and demand for lithium-ion batteries will soar from 151GWh in 2019 to 1748GWh in 2030. In order to avoid supply shortage, all kinds of battery material suppliers should layout capacity expansion plan in advance.

Although there will be no major changes in the future, the emission prospects of the transportation industry are still not optimistic. The BNEF team expects the global size of fuel passenger vehicles to continue to grow until 2030. This means that vehicle emissions will continue to increase over the next decade. It is not possible to decline rapidly until 2040, falling back to around 2018. 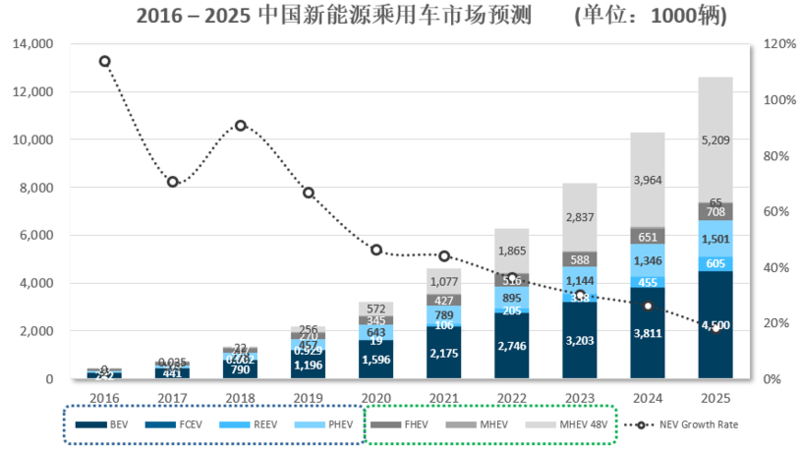 According to the Gesti Automotive Research Institute, the "measures for the parallel Management of the average fuel consumption of passenger vehicle Enterprises and the points of New Energy vehicles" and the "fuel consumption limit of passenger vehicles" are being implemented in China will effectively promote the development of the electric vehicle market. Pure electric vehicles will dominate the new energy vehicle market, and sales of pure electric passenger vehicles in China are expected to reach 45 million by 2025. At the same time, 48V hybrid technology is also one of the optional paths to meet the requirements of regulations.