SMM News: 1. Daquan Silicon may be in stock at the end of the first quarter. Depending on monthly production and sales, if inventories are zero at the end of 2017, there may be 1100 tons of inventories by the end of the first quarter of 2019, as shown in the table below. In the first and second quarters of 2018, the difference between the average selling price and the total cost was more than $7 / kg, but after 2018, although the cost fell sharply, the price difference fell back to about $2 / kg. Due to better cost control, the spread in the first quarter of 2019 was better than in the second half of 2018.

Table: comparison of cost and selling price of all silicon in the last 5 quarters (US $/ kg)

3. Gross profit margin stabilized at around 20% 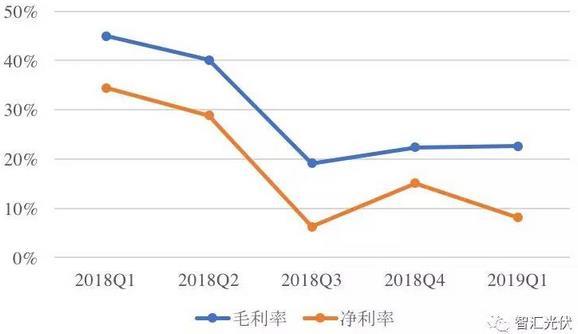 Table: changes in profits in the last five quarters

Affected by the production of the capacity de-bottleneck project, the company expects to produce 7200 to 7400 tons of polysilicon and sell 7100 to 7300 tons of polysilicon in the second quarter of 2019, with a depreciation production cost of about $8.0~8.5/kg. When the capacity climb is completed by the end of June, the cost will be reduced to $7.5/kg. Taking into account the impact of annual maintenance, the company expects to produce about 37000 to 40000 tons for the whole of 2019.

"We are currently working on a capacity removal bottleneck project to increase our annual production capacity by 5000 tons through the replacement of some of the more advanced reduction furnaces. The project, which is slightly ahead of schedule, is expected to be completed in early June 2019 and start climbing. The production phase will have a temporary impact on production and cost, and we expect silicon production to be approximately 7200 to 7400 tons in the second quarter of 2019 at a production cost of approximately $8.0~8.5/kg. We expect to complete the capacity climb by the end of June, when the annual capacity will reach 35000 tons, and the production cost will be reduced to the level of $7.5/kg. "

According to our current estimates, the 4A project will be completed in the fourth quarter of 2019 and is expected to reach an annual full capacity of 70000 tons by the end of March 2020. "

We remained profitable in such a tough market environment in the first quarter. Over the same period, many existing silicon manufacturers have fallen into serious losses. The commissioning and climbing of other new production capacity has not been as smooth and smooth as expected. Some manufacturers have delayed their projects, while others have encountered difficulties in the process of going into production and climbing and have to be temporarily shut down. Moreover, the initial quality of these new production capacity is poor, unable to produce a high proportion of single crystal material, resulting in the market single polycrystal price difference continues to widen. We expect the exit of some high-cost manufacturers to ease the temporary imbalance between supply and demand.