According to the National Bureau of Statistics, China's economy continued to develop steadily and steadily in April, but the external environment is still complex, and the problem of unbalanced and inadequate domestic development in China is still prominent. The foundation for sustained and healthy economic development still needs to be consolidated.

On May 15, the Information Office of the State Council held a press conference on the operation of China's national economy in April. At the meeting, Liu Aihua, spokesman for the National Bureau of Statistics, said that corporate behavior caused by the VAT cut was the main factor contributing to the sharp rebound in industrial value added in March, so it was not difficult to explain the sharp decline in April. At the same time, from the cumulative point of view, the growth rate of industrial value added has accelerated steadily and slightly:

With the reduction of VAT in April, many enterprises have actively adjusted their production and business activities in order to fully enjoy the benefits of VAT reduction, and have prepared goods ahead of time and accelerated production in March, so the data for April looks set to fall back some.

On the whole, it still takes a longer period of time to judge the situation of the industry. A relatively simple and easy way is to use cumulative growth. Between January and April, industrial production rose 6.2 percent from a year earlier, up 0.5 percentage points from 5.7 percent in the fourth quarter of last year and unchanged from the previous year. Judging from the trend, industrial production is still maintaining a steady or even slightly accelerating momentum.

By industry, in April, 33 of the 41 major industries maintained year-on-year growth in value added, slightly less than the 40 industries in the previous month.

In terms of products, 298 out of 605 products increased in April compared with the same period last year.

Steel 102.05 million tons, up 11.5 percent over the same period last year, cement 213.45 million tons, an increase of 3.4 percent, down from the peak in March, and their average daily output rose significantly for the second month in a row. 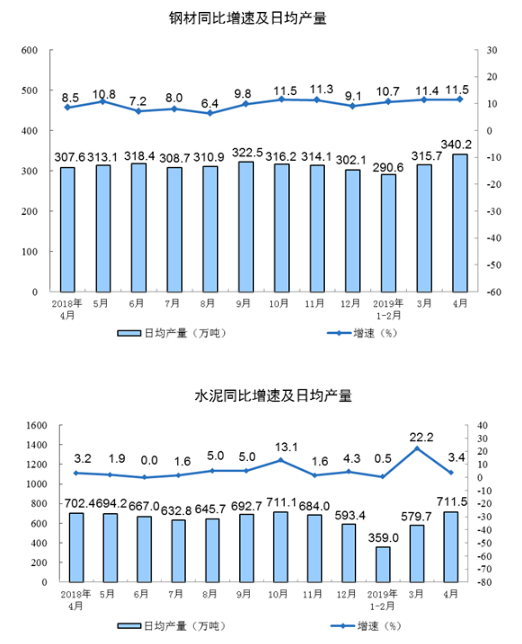 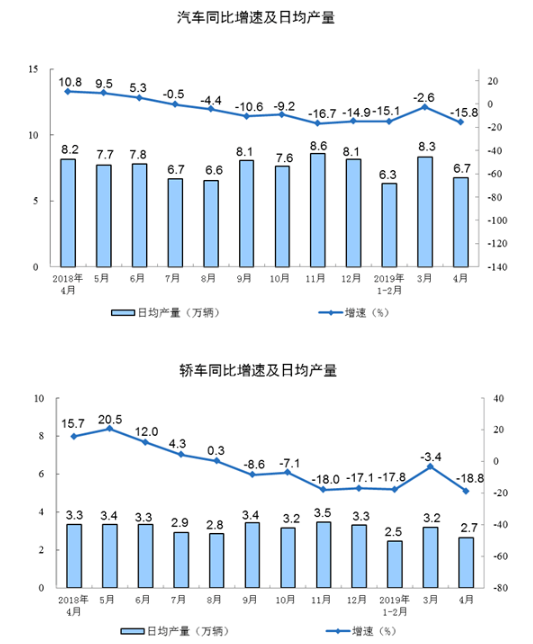 Electricity generation was 544 billion kWh, up 3.8 per cent, and crude oil processing capacity was 52.1 million tons, an increase of 5.1 per cent. 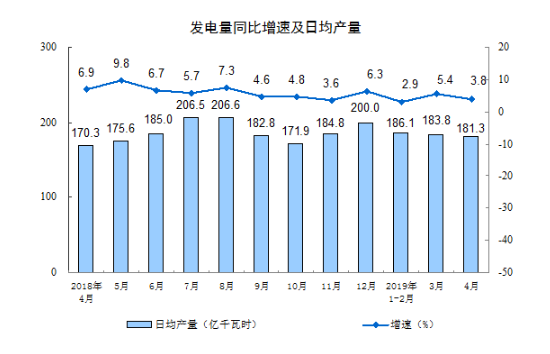 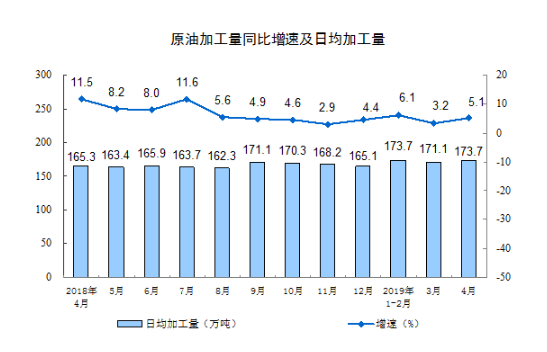