In addition, both cities have the same problem: ageing and well ahead of Guangzhou and Shenzhen. 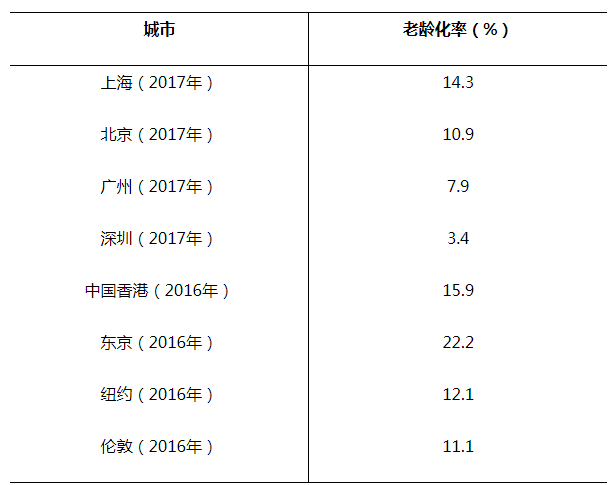 Aging is a national problem, which is related to multiple factors, such as population policy, social pressure, young people's ideological change, and so on. With regard to the current situation of China's aging population, you can refer to my article, "how to hedge the Lewis inflection Point, which can not be ignored behind the Aging." here, I would like to talk more about the phenomenon of reverse urbanization. That is why there is a phenomenon of escape from the north and wide in society. 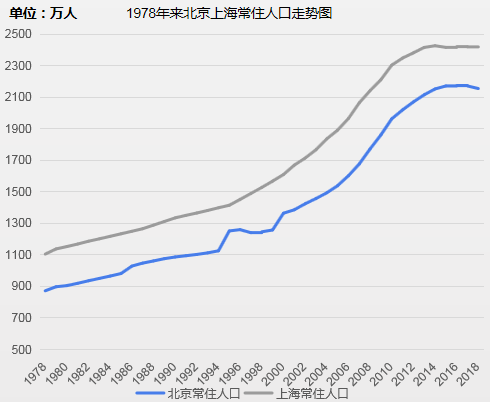 In fact, as early as 2014, Professor Lang Xianping put forward the crisis of reverse urbanization. He mentioned that urbanization as understood by local governments is "construction, and reconstruction." in 2013, the National Development and Reform Commission conducted a survey of 156 prefectural cities in 12 provinces. It was found that 145 cities were engaged in the city building movement, 12 provincial capital cities had to build 55 cities, 133 prefecture-level cities had to build 200 cities. But one problem is that a total of 880 million people in rural hukou, excluding children, the elderly and half of the women, and so on, the really effective male labor force is only about 260 million, and these migrant workers have gone to the city! So after analysis, he concluded that the future of migrant workers to the city is unlikely to have a big growth.

From the picture, we can see that the population line will be flat after 2014. if we want the old, weak women and children to go to the city, can they be settled in the city?. Can household registration be resolved and what public services can be enjoyed? Can high urban consumption be affordable. Are some of the problems well addressed? At present, it is difficult for the rural population to settle down and buy a house, which are all important factors hindering urbanization. 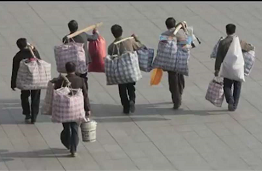 On July 25, 2018, the National Development and Reform Commission held a special press conference, at which Ha Zengyou, an inspector of the Employment Department, said that the number of people returning to their hometown to start businesses has now reached roughly 7.4 million. In other words, in the big cities led by Beijing and Shanghai, returning from the city is already a common phenomenon, reverse urbanization is under way, Lewis inflection point has also arrived, the city can no longer absorb the rural labor force. 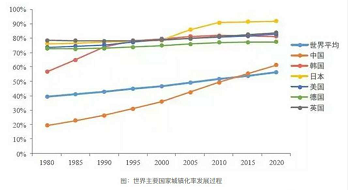 It should be said that there is still a lot of room for improvement in China's urbanization, but it has indeed encountered bottlenecks, and China's economic development has also encountered cyclical, structural and other factors, which is also an important reason for the country to carry out supply-side structural reforms.

For a long time, China's economy is mainly driven by the troika, especially by investment. in the future, we need to rely more on reform, transformation and innovation to improve the total factor growth rate, cultivate new economic growth points, and form a new growth power.

2. On the structure of income Distribution

At present, there are some problems in our country, such as large income gap between urban and rural areas, large industry income gap, excessive concentration of wealth and so on. Therefore, it is necessary to speed up the reform of social welfare system and distribution system, narrow the gap between rich and poor, and promote relative fairness.

The development of the past 40 years is overly dependent on demographic dividend and resource dividend. So far, the demographic dividend has disappeared, environmental problems have emerged, and the environment, in turn, is restricting the development of China's economy. In the future, we should pay more attention to the proportion of investment in high-end elements such as talent, technology and knowledge, and speed up the reform of the education system, science and technology system.

It can be said that the current problem is the superposition of many structural problems, and population outflow is just a microcosm, but we believe that as long as we persist in implementing reform and opening up, China's economy can continue to advance at a high speed, 10, 20, or even longer!

Silver's outperformance versus gold to stay: Capital Economics
According to senior analysts at Capital Economics, Silver has risen 8% in dollar terms year-to-date in 2015. During the same period, gold has appreciated only by 1%.