Fight the sword and go to the rivers and lakes, the financial autumn soldiers

Don't worry about the friends who don't have bosom friends in front of you, FX168 knows you best!

FX168 fourth analyst selection of rivers and lakes recruitment! The registration channel has now been opened!

Whether you're pointing out the holy hands of rivers and mountains,

Or is it a high folk person who is hidden in the city?

A grassroots masses with dreams

As long as you're talented, you can trade, you have courage, you have dreams.

To give you the stage to become famous in the first world war!

Realize your dream of fame and fame!

Since ancient times, many heroes have been buried,

Is it always lonely on the road to analysis and trading, lack of confidants and opponents?

Have you watched the k-line jump countless times, but there is no way to verify the strategy surging?

Whether it has been an obscure collection of data, writing research reports, analyzing the market, and providing strategies

Without attention and applause?

You, who are ambitious and have unique skills,

All that is missing may be an opportunity,

Good wind with strength, send you up to Qingyun!

Multi-dimensional selection from the Perspective of Specialty

Integrated operation from online to offline

All kinds of high-quality resources of authoritative organizations and media

The continued attention of tens of thousands of fans

Just waiting for your skill competition, the decisive battle!

You have a chance to be honored by FX168 Financial Group.

And by QQ.com, the star of securities

And so on dozens of authoritative media reports.

Declare your achievements and raise your name

One stop to become famous! You are the financial star of tomorrow!

The competition for deer in the ring shows the true character of a hero.

Brilliant from the gas to swallow mountains and rivers!

Notes on registration for the competition:

No age, seniority, occupation restrictions! As long as you love trading, you can do a single, dare to speak! You can sign up for this contest.

Registration time: from now until October 14

Compete with the two modules of strategy and speech, rank according to the comprehensive score, and decide to be the champion and runner-up.

Scan the QR code below to participate in the fourth FX168 analyst selection! Start your era of glory! 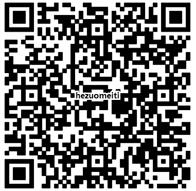 For more details and rules of the competition, please visit the official activity website to find out!